Showing posts with the label family entertainment
Show all 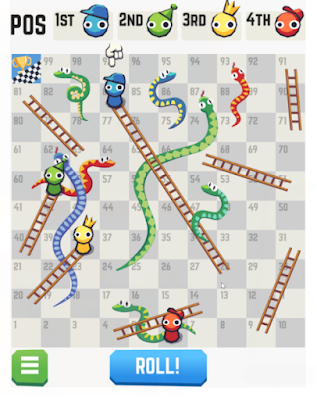 It's often said that regular family game night is a great way to stay close and bond with your kids. Friends are also important; you should spend time with them too. Unfortunately, it can often be challenging for busy families and friends to find enough time to actually be together. Online board games offer an alternative way to have fun, laugh and connect with each other without ever having to leave the house. Entertainment is important in our life , especially during these times when face-to-face interaction is limited due to the Covid-19 pandemic! There are many ways to stay connected with family and friends through technology and one is playing board games online. Board games bring families together, broaden social and cognitive skills, and teach you how to think creatively and with strategic insight. These are all important skills for growing children and for adults as well. If you are looking for a way to spend quality time with the family and friends that will be just
Post a Comment
click here to read more >>

Dr Who anniversary: time to get excited!

The 50th anniversary of the world’s best-loved time travelling Gallifreyan is soon to descend on Britain, invading not only our televisions but also our cinema screens in full 3D on the 23rd of November. Here are five reasons fans are getting excited for this historic moment. 'The Day of the Doctor'  The feature length episode 'The Day of the Doctor' will not only see the return of David Tennant, recently voted Whovians' favourite Doctor , but will also feature John Hurt as a mysterious prior incarnation that spawned after Paul McGann but before Christopher Eccleston’s version. Confused? Don’t worry; it’s all just wibbly wobbly, time-y wimey… stuff! With so many doctors and a few assistants popping up in one episode, it's sure to be unmissable. The cinema screenings have proven so popular that over 200 theatres around the country are taking part, recently adding more show times when the original allocation sold out!
Post a Comment
click here to read more >>

Choosing the Right TV Package for your Family

Whether you’re switching to digital or looking into improving your existing TV package to please each and every member of the family, you sure can find plenty of options around. TV packages from different providers now allow you more freedom to choose from music channels for your kids, cooking shows for you, knowledge and sports pack for dad, movies and entertainment for the whole family. You can add or subtract channels from your TV package at minimal extra cost on top of your monthly subscription. BT TV packages for instance have a highly diverse collection of channels including digital-only channels for optimum viewing pleasure. Your essential channels are still included in your package but you can now enjoy ground-breaking and must see programs all year through. Family bonding over new movies, momentous sports events such as the FIFA or the NBA championships is now even better! Choosing a channel you want for your TV package hassle-free and made even more convenient with digi
Post a Comment
click here to read more >>

By Joy - November 11, 2011
As we are a family who is fond of watching movies and singing videoke, we decided to look and buy for the best small home theatre speakers. Aside that they give excellent performance, they are of high quality too. There are too many brands to choose from in the appliance stores, it really took us time in selecting the best one. These small theatre speakers can be installed easily with less space needed. If properly placed on the right positions in-wall or in-ceilings, it brings the sounds together as if you are inside a cinema. No need to call for a technical man to install it because a simple configuration procedure and advice is already included in the package. It helps to bring quality family bonding time to enjoy watching movies or during a family sing-along session. It is one of the family’s best buys and we have been enjoying it for a year now. We really take pleasure in the high definition movie soundtracks and music. Movie marathon is often scheduled during weekends an
16 comments
click here to read more >>
More posts