Showing posts from April, 2021
Show all

Understanding Dementia and How to Cope with it

Dementia is a common term used to describe the weakening or deterioration of mental ability like memory, thinking behavior that impairs a person’s ability to communicate and ability to perform daily activities. According World Health Organization around 50 million people have dementia worldwide, and there are nearly 10 million new cases every year. 60-70% of cases have Alzheimer's disease, the most common form of dementia. It is also stated that while it affects the older generation, it is not a normal part of aging. It is heartbreaking and overwhelming not only for the people who have it but also for their families. Most often, lack of understanding and awareness results in stigmatization, thus affecting proper care . Remember, persons with Dementia need constant care and companion, and most families opposed to moving their loved ones having the syndrome to an assisted living community thus, choose to seek additional support at home through Dementia home care specialists who
Post a Comment
click here to read more >>

How to Save Money for Businesses: Potent and Simple Steps to Investing on Energy Efficient Equipment

Finding a way to reduce expenses is a must during this difficult time. With rising prices and a crashing economy , it can be rather difficult to balance one’s financial situation. This is especially true for businesses who wish to stay afloat during the COVID-19 pandemic. It is unavoidable that businesses will have to make a few sacrifices. Sales might even go down during this period. However, the pandemic does bring an opportunity to businesses that need change to their workplace. The placing of social distancing and strict laws due to the pandemic gives businesses the time to plan any renovations to their office. Whether it be changing the floorplan or changing the ventilation system, the lack of people within buildings is the perfect time to make some changes. It won’t disrupt the usual workflow, and you can also avoid any workplace hazards that can put your employees at risk. Admittedly though, it can be difficult to plan any changes for the business. After all, business owners
Post a Comment
click here to read more >>

Over the years, the kitchen is one room in the house that has not seen a lot of changes. Sure, we may get a few new innovative products like electrical stoves, but everything almost remains the same. When it comes to renovations , the kitchen is often the second or third priority. But of course, the priority depends on which rooms need changing, but the kitchen often sees fixes instead of actual changes. The only time the kitchen’s appearance is changed is when a homeowner wishes to change not only the appearance but the feel of the kitchen. One can say that this is the beauty of kitchens. They often do not need changing, and simply need a bit of cleaning and touch-up. In the past decade, however, we have seen a few interesting trends come and go. Alongside functionality, aesthetics is now one of the factors considered when it comes to designing or renovating a kitchen. It is an exciting trend as more effort is being put into making the kitchen simple, functional, and appealing. H
Post a Comment
click here to read more >>

Bamboo is an eco-friendly material; more and more people nowadays make greener choices concerning the products they buy and bring into their homes. One of the most notable longer-lasting items made from this eco-friendly resource is Bamboo Clothing. Bamboo is a highly sustainable perennial plant in the subfamily Bambusoideae of the grass family. It is the fastest growing plant on earth which has a positive impact on worldwide environmental concerns such as soil erosion, deforestation, and, water scarcity. It is one of the most used building materials in construction such as flooring, scaffolding, or roofing because of its durability and known to be stronger than other woods.   Other products produced from it are furniture, food, disposable utensils, reusable bottles and straws, paper, clothing fabrics, and more. Bamboo clothing is growing in popularity these days being a more sustainable fabric material. Here are 5 reasons to choose bamboo apparel: Lightweight and soft as silk
Post a Comment
click here to read more >> 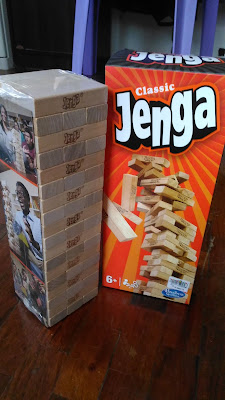 Stress is inevitable. Aside from taking care of your family and yourself physically, it is important to never neglect to improve your mental health as it is vital to overall personal wellness. With most people stuck in their homes during this pandemic, there is a more likely chance that we have already burned through our watch list from the past year. Even with the new COVID-19 vaccine coming out, countries all around the world are still forced to go under lockdown to combat the pandemic. Thankfully, we have reached an age where entertainment is more accessible and interactive. The presence of the Internet enables us to achieve many things that we could not before, and this inevitably spawned a new form of entertainment: Online Entertainment to help relieve the stress and pressures brought about by the Covid-19 virus. There are many forms of fun and pleasurable online entertainment, and below are a few that you can partake in during this Pandemic. Online Games A study from Oxf
Post a Comment
click here to read more >>

Breaking the Chain: Using COVID-19 as a Drive for a Healthier Lifestyle 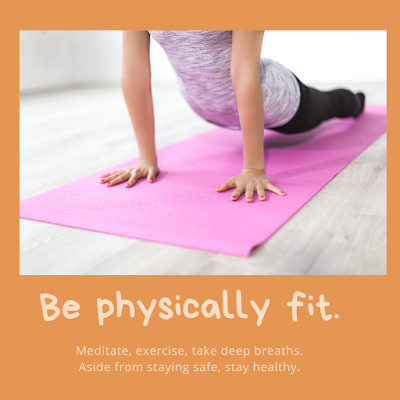 The COVID-19 virus is continuously affecting our daily lives in terms of health and fitness, mental health, economy and, social. This pandemic and the consequent lockdowns have caused massive stress among people of all ages.   While many learned ways to cope with the new situation, it is irrefutable that many also did not. Reports about the rise of anxiety and weight gain during the pandemic are prevalent among countries affected by the virus. The declination of mental health is also a recorded case, wherein the young adults claim that their mental health has worsened since the pandemic. As one can conclude, the reality of COVID-19 is a sobering case. However, it is also important to point out that Coronavirus should not only be seen as a threat but also as a challenge. Among the many negative effects brought about by COVID-19, there are some positive ones it brought along as well.   The lockdown and the amount of time we spend inside our homes allow us to do some self-reflection.
Post a Comment
click here to read more >>
More posts