Showing posts with the label travel. London
Show all

One Day in London? No Problem! 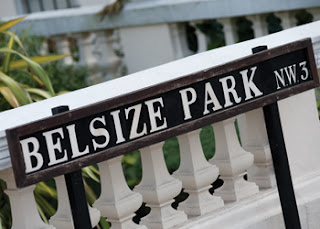 Most people with any experience of London will happily testify that you really cannot see all that’s on offer in a single day…and boy, are they right! In fact, spend a week, fortnight or month in London and chances are you won’t even scratch the surface. Heck, you’d be lucky even to get round the museums you’re interested in over the course of a week or two, let alone the landmarks, galleries, parks, eateries and so on and so forth. However, this doesn’t for one second mean that a daytrip to London is pointless, as some have taken it upon themselves to claim. Quite the opposite in fact as with so much on offer spanning the most enormous area of England, one day is more than enough to pack in enough sights, sounds, smells and sensations to bring home a thousand and one memories. Take the following route as an example and see why 12 hours in London pack in as much as a dozen bog-standard  short breaks to Cornwall  : Belsize Park/Camden Town photo credits: greene.co.uk
Post a Comment
click here to read more >>
More posts