Showing posts with the label Christmas spirit
Show all

Things that make us merry throughout Christmas Season 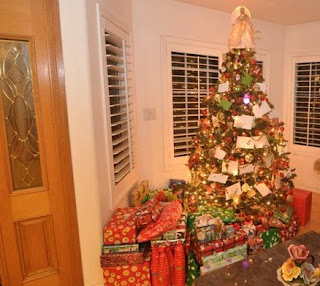 Time flies swiftly and we’ve come to the tail end of 2012. The last month of the year - December is the period when we celebrate Christmas season. It is the time of the year where every place is filled with a joyful spirit whether at home, office, school, entertainment or shopping facilities. There are a lot of things that make us merry throughout the Christmas season and these are: Happy moods created by yuletide decorations like colorful Christmas lanterns, beautifully decorated Christmas trees, Christmas lights overflowing in malls and major city streets and more.
Post a Comment
click here to read more >>

Sharing the Christmas Spirit with the Sendong Victims 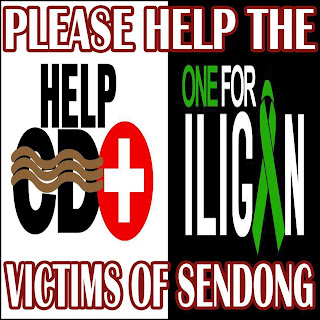 Another devastating storm hit my beloved country, the Philippines. Tropical Storm Sendong a very devastating disaster brought a lot of fatalities and homeless people in the Mindanao area, specifically in Cagayan de Oro and Iligan City. As of this writing, Undersecretary Benito Ramos, chairman of the National Disaster Risk Reduction and Management Council (NDRRMC), said that a total of 1,002 people have been confirmed dead, including 650 in Cagayan de Oro City and an additional 283 in Iligan City. More fatalities are assumed and expected to arise in the next days to come as retrieval and rescue operations are still on-going for more people are still reported missing. Most people killed from the flashfloods were helpless children. Houses were washed away; thousands are homeless as of this time, meager of food, potable drinking water, clothing and shelter. I personally would like to make an appeal for your help, be in goods, in kind or monetary contribution. To share, to reach ou
2 comments
click here to read more >>
More posts