Showing posts with the label Cheerdance Competition
Show all 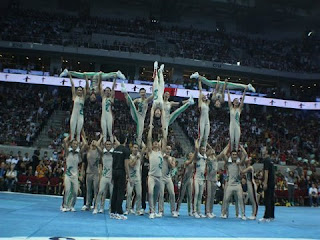 The University of the Philippines (UP) Pep Squad bags the championship in the UAAP Cheerdance Competition 2012 for the third straight year held at the SM Mall of Asia Arena on Saturday, September 22, 2012.  UP Maroons Pep Squad  It may not be a flawless routine due to the mishaps in the closing stages wherein a fall marred the last stunt, yet still UP Pep Squad outperformed their rivals because of the outstanding overall rendition and execution. The difficult and breathtaking performance of aerial stunts and transitions earned the nod of the judges.
Post a Comment
click here to read more >>
More posts